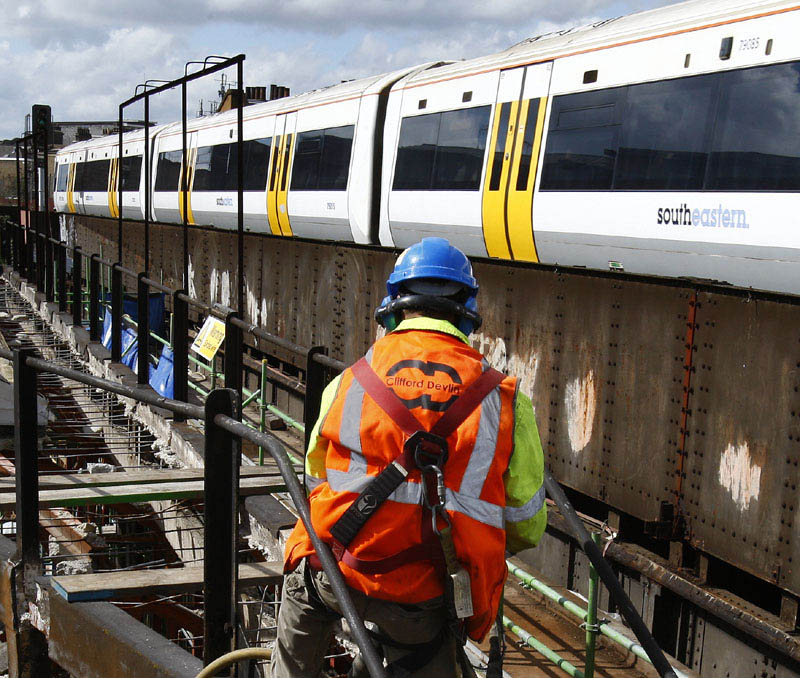 Demolition contractor, Clifford Devlin, has been awarded its first ‘trackside’ demolition project since achieving Link-Up version 2 accreditation in February 2009. The London-based firm has been commissioned to remove several structures as part of the major works at Borough Market close to London’s South Bank.

To provide more train journeys out of London Bridge to the north, a new viaduct (parallel to the existing one) is to be constructed over the Borough area. A section of the existing viaduct is also being widened.

The work, which is part of the Thameslink Programme will improve capacity and provide a more streamlined track layout to prevent the delays caused when trains on the busiest lines have to cross each others paths.

The £1.4 million demolition phase will also include the removal of the roof and top floor of the Wheatsheaf public house and the demolition of several properties located adjacent to the current railway line.

The 9-month demolition phase is expected to commence in October 2009.

The market will remain open throughout construction, although some traders are to be relocated temporarily to the new Jubilee Market, a space within the current market grounds. The construction is being carried out by principal contractor, Skanska.

The £5.5 billion Thameslink Programme is designed to deliver more capacity, and more journey options for passengers travelling through or to London from the North and South.

Link-up is the UK rail industry supplier registration and qualification scheme which was introduced in the late 1990s to provide a single common qualification process for suppliers. Version 2 is awarded following an audit if the applicant’s management systems and has been introduced to provide greater diligence into to the accreditation process.