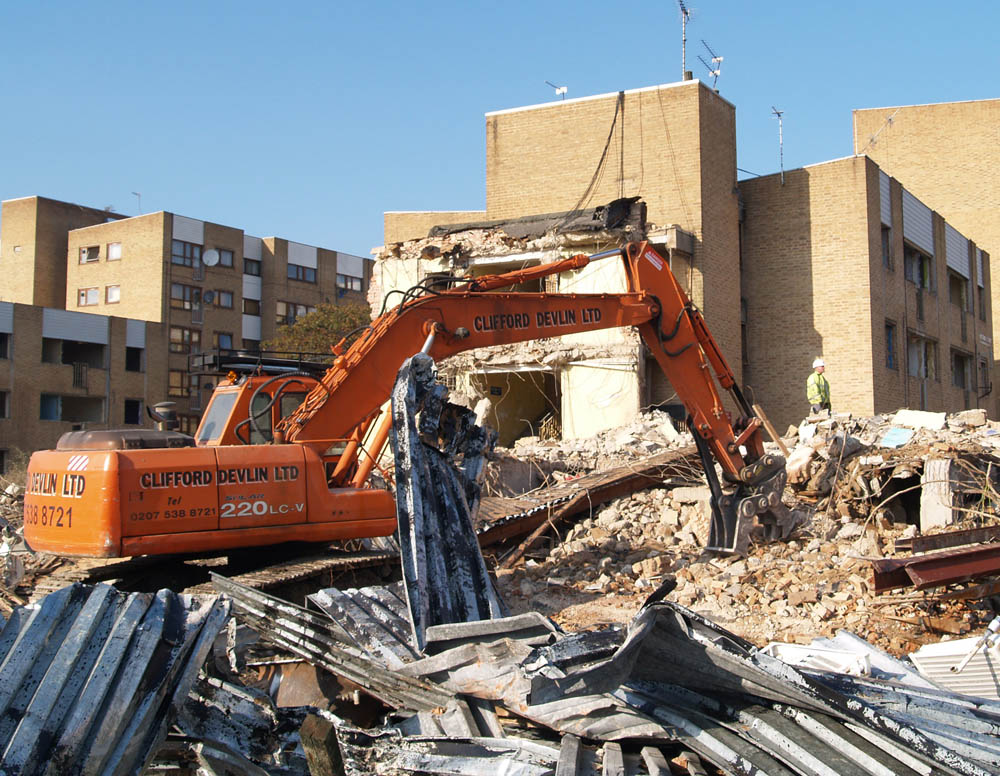 The levels of recovery and recycling we achieved during the demolition phase of a recent social housing project have exceeded the expectations of the Building Research Establishment (BRE).

The organisation, which undertakes investigation and consultancy on sustainability issues in the construction industry, observed the project as part of the Construction Research Efficiency (CoRE) London exemplar programme.

Its findings have been documented in a report which confirms that more than 98% of the demolition arisings were recovered and either re-used on site or recycled.

The project involved the demolition of several blocks of flats at Kings Crescent Estate in London as part of a regeneration programme managed by ALMO, Hackney Homes. Of the 3,011 tonnes of waste generated just 1.3% was removed for landfill. 89% (mostly recycled aggregate) was re-used on-site for infill or landscaping. 9% (metal, timber, plasterboard) was removed for recycling.

“Having carried out a pre-demolition audit of the building, we anticipated as much as 85 per cent of the demolition arisings could be recovered and re-used or recycled,” said Szilvia Zakar, Senior Consultant at the BRE, “We were therefore very impressed with Clifford Devlin’s performance in exceeding 98 per cent and in particular their ability to recover plasterboard and wood during soft strip.”