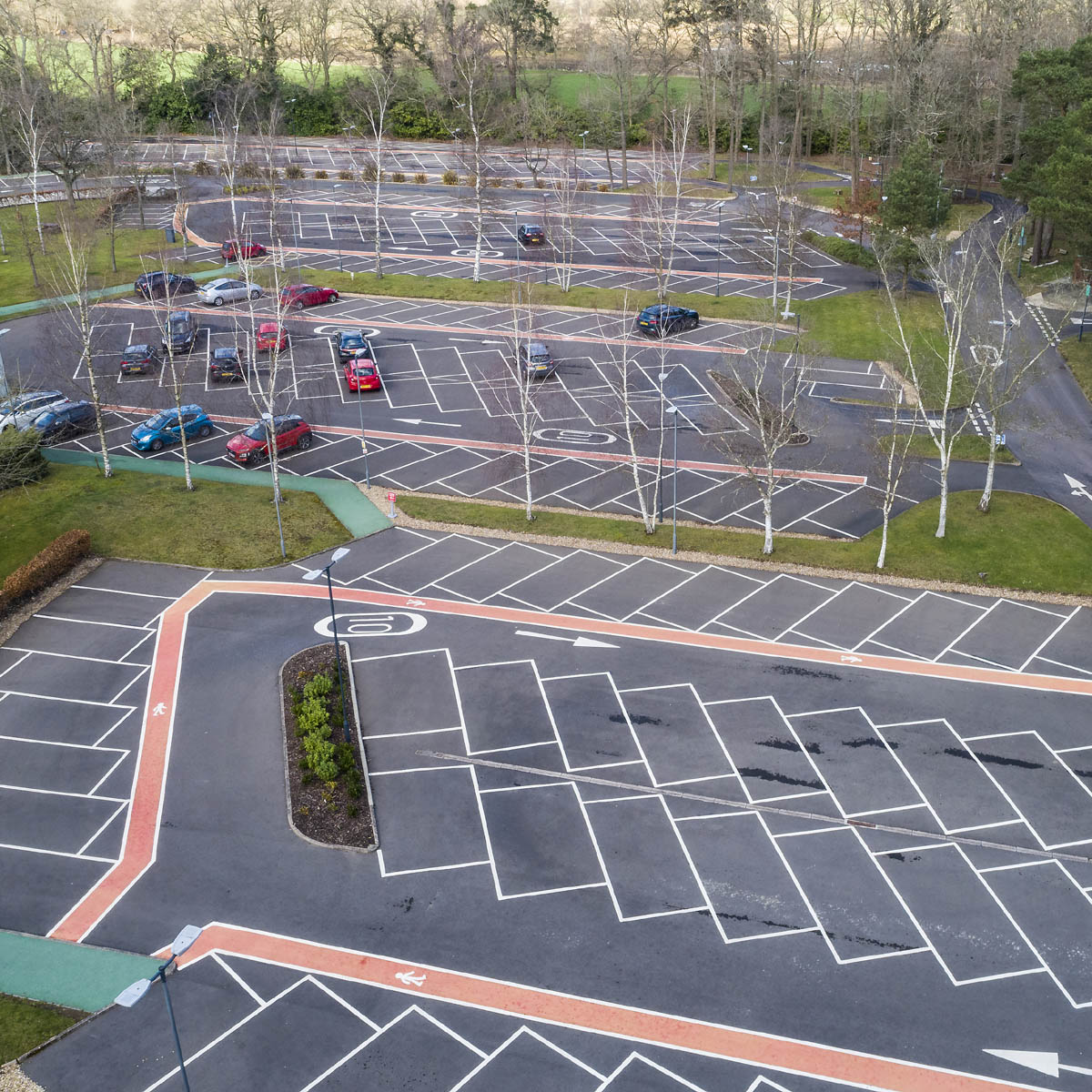 Clifford Devlin were appointed to expand the capacity of the existing car park at the Pinewood Campus of a global pharmaceutical company. The works were part of its Thames Valley re-stack project to expand the facilities in Wokingham to accommodate an influx of staff from another  office.

The works were conducted in six phases to expand the existing external surface car park by 1500 sqm to add 130 new spaces. In order for the site to remain fully operational throughout the project we set-up a series of diversions on the main circulatory road to re-route traffic into temporary alterative spaces which were controlled by our traffic marshalls. A number of trees were carefully removed to create the additional space required.

Following excavation and levelling of the area our groundworks team installed 1500 metres of subbase (material spec) and formed a new curbed perimeter. A layer of permeable tarmac was laid, compacted and road markings applied.