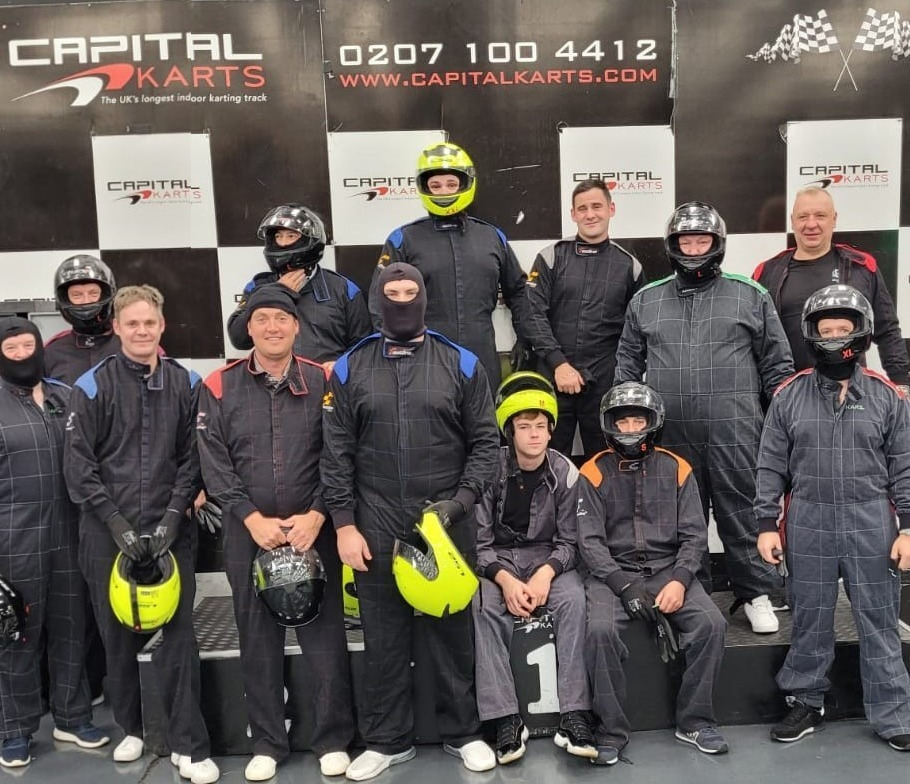 Over twenty staff attended an afternoon of go-karting on Saturday 5th June organised by our Asbestos Compliance Manager, Steven Greenhalgh. The team bonding event, held at Capital Karts in Barking, was one of a number of initiatives planned to increase integration and engagement of our staff  following the company’s transition to employee-owned status announced in February.

The event, which was attended by Managing Director Tim Clifford, Head of Administration, Siobhan Clifford as well as members of the company’s new EOT board, included a 15 minute qualifying race for fastest lap time to determine the grid starting positions for the non-stop 35 minute Grand Prix-style Race with a trophy presentation for the top three drivers.

Asbestos operative Ross Cressingham topped the leaderboard (with a best lap time of 77.261 sec) making this his second major achievement of the last few months following his success in being named UK Asbestos Operative of the Year by the industry body ARCA in October 2020.

The event concluded post race refreshments in the Fox Connaught.